Pará was the state with the largest deforested area in 2021 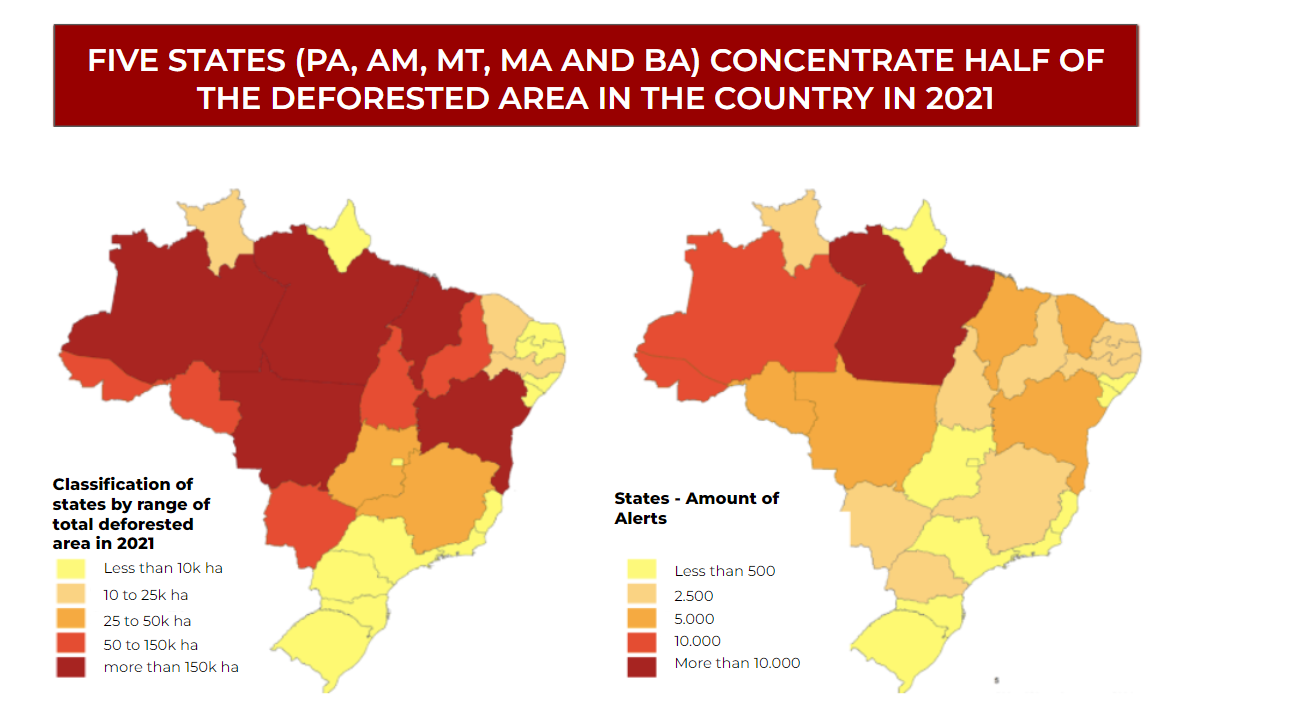 Thirteen states surpassed the mark of 1,000 deforestation alerts in 2021; in 2020, there were 11 states, and in 2019, 10 states. There was growth in the deforested area in 20 states, remaining stable in two (TO and RR) and falling in only five (AL, SC, ES, RJ and AP). Among the states where deforestation grew the most in proportional terms are Pernambuco, Paraíba, Ceará, Minas Gerais and Sergipe, with an increase of more than 80% in the area detected. This reflects the growth in deforestation and also the improvement in the SAD Caatinga detection system. In absolute numbers, the biggest increases were in Amazonas (64,673 ha) and Bahia (46,160 ha).

RAD 2021 is the third in a series that aims to consolidate and analyze information about all deforestation detected in the six Brazilian biomes, by the multiple alert systems available, and which were validated, refined and published by the MapBiomas Alerta project.