The process of validation and refinement of deforestation alerts includes automatic steps and operational steps involving specialists in remote sensing with knowledge about the deforestation dynamics associated with each Brazilian biome.

The automatic steps are responsible for discarding deforestation alerts with little chance of being true (e.g. polygons detected over forestry areas) and for transferring the data needed for the refinement process between the different platforms used by the project (e.g. Google Cloud Platform, Google Cloud Storage and Google Earth Engine).

The experts are responsible for evaluating the alerts produced by the monitoring systems and thus activating the Planet images for the regions to be analyzed and also for spatially refining each of these real deforestation alerts, using the activated Planet images, with spatial resolution of 3-5 meters. Below is a description of each step of this process. 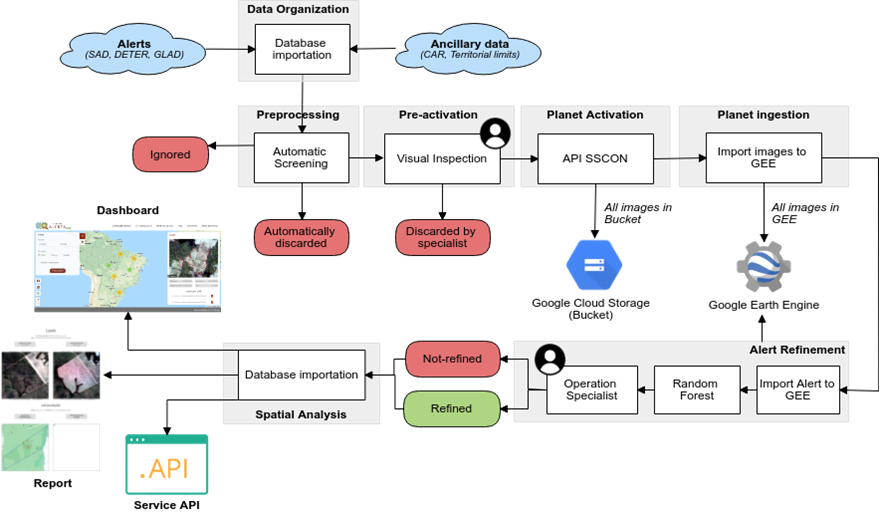